Is it ADHD or Sensory Processing Disorder? (A Mom's Perspective) 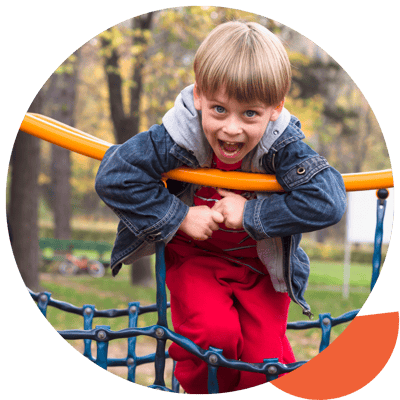 ADHD - the word on the street with every other Tik Tok video, Facebook ad, commercial on TV, and term you may overhear when sitting on the sideline of any elementary school field.  The term that is less familiar to us is “SPD” or Sensory Processing Disorder.  ADHD stands for Attention Deficit Hyperactivity Disorder with two types - Combined Type and Inattentive Type. Here, we will focus on combined type.

As a therapist, I’ve known about ADHD for years, but things started changing when my nearly three year old son began showing signs that sounded my therapist-mom alarm. He was a bright, happy, and highly energetic toddler who would play with an eagerness to learn and interact. He was witty, humorous and caught on to social cues very well. Along with these observations, we noticed that he would walk on his toes, especially when barefoot. He had some trouble with penmanship and also knowing how to effectively use scissors.

There is a spectrum of normal toddler development with many boys who are busy, fun-loving, strong-willed and energetic. I was not seeing any other signs of a developmental problem, although my radar was on high alert. I often said to myself, "This is normal”.  I gave it time and dialed it back, telling myself that this may be his personality, he may grow into better self-control, he may just have tactile preferences like we all do such as the line in our socks that drives us bananas.

So, I waited another year. It was then that we attended a weekly Mommy and Me playgroup. After a few months of attendance his instructor informed me that he was acting intensely in his play; not just play with others but in his own body. He would bang his toys and also throw himself down or into walls because he was running too fast with just too much stimulation. On one occasion he played rough with a playmate, not realizing that he was being too rough. On another occasion, around age two, I had to chase him up and down the beach on a family vacation, all to avoid him throwing himself into the shallow water. It was then that I realized he could not control the energy between his mind and his body.

Around age three he completed a developmental evaluation with results stating that he fell on the impulsive end of the developmental spectrum, but there was not enough criteria for a specific diagnosis given his age. Moving into Kindergarten, all the same signs continued without much guidance.  In First grade, his teacher strongly reinforced that his energy, distractibility, and inattentiveness was affecting his reading development resulting in additional tutorial support. She supported a recommendation to pursue testing for ADHD.  My gut had me telling me this all along, especially knowing that he has a family history of this condition.

Now, my mom-guilt started to set in, and I did what most therapists would tell you to do - reframe it.  I focused on  not pathologizing, but taking the time to gain understanding of the issue before drawing conclusions. I focused on education and parent-skill.  It was then that his Pediatrician diagnosed Attention Deficit Hyperactivity Disorder- Combined Type.  I wanted a more thorough understanding of his functioning, particularly, his cognitive and academic functioning. I requested a Committee on Special Education review to determine any learning disorders or areas of academic need. The school district was very supportive, also suggesting an Occupational Therapy evaluation through the school district. This evaluation determined that he also met criteria for Sensory Processing Disorder (SPD).

In my years of training and work experience, I was familiar with this condition, but the wealth of knowledge I learned after his diagnoses helped me help him more than anything else. I learned more about the neuroatypical brain and the interconnected relationship between SPD and ADHD.  Most importantly, I learned how important my role was at home; taking what they taught me and helping him apply these skills in his daily life. I also learned that patience, flexibility, and deep breaths were my survivor tools. Without them, I would likely be yelling, angry, and possibly blaming as these children can be very difficult to parent. The zen that I forced myself to find and exercise during this uncharted developmental time was one of the keys to helping him learn more about his own energy and how to use it most effectively. I also learned, that the use of visual aids, marker boards with small lists, and daily reward charts were the most handy tools a parent in my shoes could have.

SPD and ADHD share fundamental symptoms including impulsivity, inappropriate and frequent movement, inappropriate touching and fiddling with things and unawareness when spoken to. But, they are two separate disorders, although difficult to differentiate in young children. There is less talk and recognition of SPD in pop-culture. According to the Center for Disease Control, 11% of children ages 4-17 years in the United States have been diagnosed with ADHD, however the CDC does not track prevalence of SPD. According to sensoryhealth.org a national sample of children suggests that 40% of children with ADHD also have SPD.

The causes of both disorders are not well known. ADHD is considered to be highly hereditary and linked to dysfunction in neurotransmitters whereas recent brain imaging research on SPD determined that children with this condition have abnormal white matter in the rear part of the brain, where the electrical impulses are carried to different regions of the brain. This also occurs in the ADHD brain. They are so similar but different. Because there is a misinformation between important regions of the brain, behaviors and responses are abnormal when looking at the spectrum of child development.

Let's look at the difference between ADHD and SPD:

ADHD is more likely to be the diagnosis if a child presents with:

-Reoccurring impulsivity despite adequate sensory input
-Seek out activities that are not necessarily related to specific sensations
-Continues to present as disorganized despite adequate sensory input
-Can demonstrate patience and self control better with cognitive rather than sensory input
-Improved attention in response to content that is interesting to them. They can become “hyper focused” on the desired content but unable to shift gears, make smooth transitions from one task to the next, and are often forgetful.

SPD is more likely to be the diagnosis if the child:

There is no current medication available for SPD with there being a variety of such available for ADHD. The primary treatment for SPD is a combination of Occupational Therapy and Psychotherapy. ADHD is highly treatable with medication. When a child has both conditions most parents and teachers will observe significant functional issues. Therefore a collaborative treatment approach is most beneficial including Pediatrician, mental health providers, Occupational Therapy, and classroom support as needed. Sensory breaks for children with one or both disorders are also recommended.

If you would like more information on ADHD and SPD please consider familiarizing yourself with the following resources: 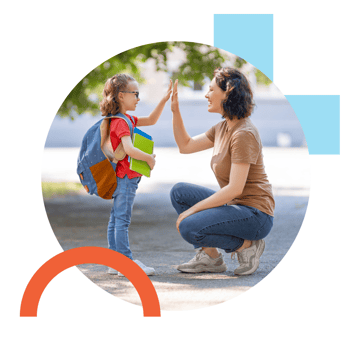 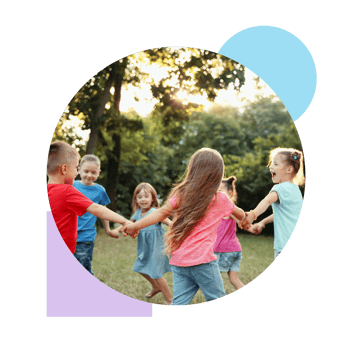 At the park, at a playdate, at the first sleepover in years—I find myself hovering over my kids to...

Swipe up for our parent newsletter!

Let us help you

Thanks for submitting your form!

Let us help you find the best therapist for your family

Reach out to our team and we will help connect you to a provider.
Select a time for a free 15 minute call or send us a message.

Schedule a free 15 min call with our care team

Send a message to our customer care team

If you, or someone you know is in crisis
call 911 and/or go to the nearest emergency room
Additional resources

We are here to help

We're working around the clock to connect families to best-in-
class care. Tell us a bit of information and we'll be in touch shortly

Submit
Cancel
If you, or someone you know is in crisis call 911 and/or go to the nearest emergency room Additional resources
Thank you! Your submission has been received!
Oops! Something went wrong while submitting the form.